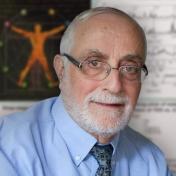 Shlomo Havlin is a Professor in the Physics Department at Bar-Ilan University in Israel, Adjunct Professor at Boston University and a Visiting Professor at Tokyo Institute of Technology. He has carried out fundamental research in applications of statistical physics to areas such as complex networks, infrastructure resilience, geophysics, climate, medicine, biology, and others. Most recently, he has focused on developing a percolation framework to study interacting networks such as the interdependence between infrastructure networks; developing a novel framework to study climate networks, and novel methods for understanding traffic congestion in urban settings. Havlin has published over 800 scientific papers and is among the few most cited scientists in Israel with over 94,000 citations and an h-index of 136 (Google Scholar). For his studies, Havlin has been awarded many international prizes  including the Lilienfeld Prize (2010) from the American Physical Society, the Rothschild Prize (2014), the Order of the Star of Italy (2018), and the Israel Prize for Physics and Chemistry (2018).