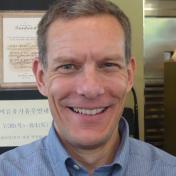 Matthew O. Jackson is the William D. Eberle Professor of Economics at Stanford University and an external faculty member of the Santa Fe Institute and a senior fellow of CIFAR. He was at Northwestern University and Caltech before joining Stanford, and received his BA from Princeton University in 1984 and PhD from Stanford in 1988. Jackson's research interests include game theory, microeconomic theory, and the study of social and economic networks, on which he has published many articles and the book `Social and Economic Networks'. He also teaches an online course on networks and co-teaches two others on game theory. Jackson is a Member of the National Academy of Sciences, a Fellow of the American Academy of Arts and Sciences, a Fellow of the Econometric Society, a Game Theory Society Fellow, and an Economic Theory Fellow, and his other honors include the von Neumann Award, a Guggenheim Fellowship, the Social Choice and Welfare Prize, the B.E.Press Arrow Prize for Senior Economists, and teaching awards. He has served as co-editor of Games and Economic Behavior, the Review of Economic Design, and Econometrica.