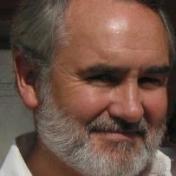 Scott Kelso’s research is devoted to understanding how human beings (and human brains)—individually and together—coordinate their behavior on multiple levels, from cells to cognition to (most recently) social settings (see http://www.ccs.fau.edu/hbblab/index.php). Since the late 1970's his approach has been grounded in the concepts, methods and tools of self-organizing dynamical systems tailored to the activities of animate, living things (moving, perceiving, learning, remembering, developing, etc.), a theoretical and empirical framework that has come to be called Coordination Dynamics. From 1978 to 1985 Kelso was Senior Research Scientist at Yale University’s Haskins Laboratories in New Haven, Connecticut. Since then, Kelso has held the Glenwood and Martha Creech Eminent Scholar Chair in Science at Florida Atlantic University (FAU) in Boca Raton, Florida where he founded and directed (1985-2005) The Center for Complex Systems and Brain Sciences. Kelso is also Emeritus Professor of Computational Neuroscience at Ulster University in his hometown of Derry~Londonderry, in the north of Ireland. Kelso and colleagues' research has been published in multidisciplinary journals such as Science, Nature, PNAS and Proc. Roy. Soc., as well as other prominent journals in the fields of neuroscience, physics, biology and psychology. His books include Dynamic Patterns: The Self-Organization of Brain and Behavior (MIT Press, 1995), Coordination Dynamics (Springer, 2004) and The Complementary Nature (with D.A. Engstrøm) published by MIT Press in 2006. A recent edited contribution is Learning to Live Together: Promoting Social Harmony (Springer Nature, 2019). Kelso is a Fellow of APA, APS, SEP and AAAS and has received a number of honors and awards for his work, including the MERIT, Senior Scientist and Director’s Innovations Awards from the U.S. National Institute of Health. In 2007 he was named Pierre de Fermat Laureate and in 2011 he was the recipient of the Bernstein Prize. He was inducted as an Honorary Member of the Royal Irish Academy in 2016. Trained in a specifically interdisciplinary setting, Kelso’s PhD students and Postdocs have gone on to careers in some of the top academic and research institutions in the world, a fact that he is especially proud of.