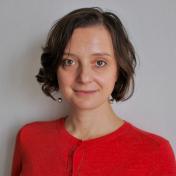 After a PhD at the Laboratory of Interdisciplinary Physics in Padova, Chiara joined the Computational Epidemiology Laboratory at ISI Foundation in 2009. She then moved to the EPIcx Lab at the Institut Pierre Louis d'Epidémiologie et de Santé Publique first as a visiting researcher and then as a Post Doc. She became permanent researcher in October 2015.

Honours and awards: Program Emergence(s) de la Ville de Paris 2019, junior scientific award of the complex system society in 2015, invitation in the contest of the Young Scientist Program to co-chair the session of Mathematical Modelling at the 5th ESWI (European Scientific Working group on Influenza) Conference 2014.